The IRS should move the April 15 due date 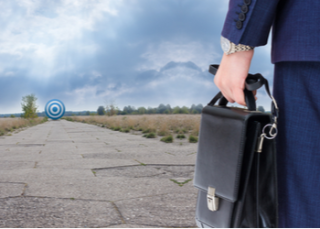 “When a man is compelled to choose one of two evils, no one will choose the greater when he might have the less.” — Plato

Well, here we are again — talking about tax busy season. It isn’t because it’s my favorite topic. But it might be one of the most important topics to tax practitioners and taxpayers. In a good year, I know tax busy season is a challenge. Both 2020 and 2021 have been, how should I say, memorable.

The emails and calls from members are nonstop and back and forth — “Move the date, Ed.” “Keep April 15, Ed.” Our diverse membership is split on the Tax Day issue. I’ve been saying for a year that we would follow the situation daily and consider many data points:

We understand that moving long-standing tax dates comes with some risks, as we saw with the numerous challenges IRS experienced in 2020. However, as Plato says above, in a sense, the AICPA Tax Executive Committee (TEC) felt compelled to weigh all the information and chose the “lesser of two evils.” In February 2021, the TEC submitted a letter to the IRS indicating that if IRS was going to change the April 15 date, they should announce it by March 1. The AICPA also recommended postponing the tax filing and payment date of June 15 if IRS made a change.

A major consideration of the TEC’s position was a press report of IRS Commissioner Rettig’s January remarks. The press report indicated that “the IRS will not commit to keeping an April 15 filing deadline if Congress approves a third round of stimulus payments.” Indeed, a January IRS announcement of the two-week delay in the opening of filing season “allows the IRS time to do additional programming and testing of IRS systems following the Dec. 27 tax law changes that provided a second round of Economic Impact Payments and other benefits.”

With March 1 coming and going without a word from the IRS, and hearing about Congressional interest in a July 15 postponement, the TEC took additional action, calling for an immediate postponement to June 15. An immediate decision is needed to allow states enough time to conform to any changes. We believe that June 15 is preferable for several reasons:

In an important development, Maryland recently announced a broad extension of state tax filing and payment dates. In announcing the changes, Maryland Comptroller Peter Franchot indicated, “We’ve never before seen so many changes to the current year’s tax code in the midst of the tax filing season. We’re realistic about the burden this puts on taxpayers, tax preparers and our staff, which is why I’m taking this emergency action to extend the tax filing deadline.”

Plato said “[A] good decision is based on knowledge and not on numbers.” We know what happened last year and it shouldn’t be a barrier to a postponement. As the AICPA said in its earlier comment letter, “At a minimum, the IRS should halt its automatic collections activities of liens and levies for at least 90 days after the April 15 [or the postponed] filing deadline.” It’s time to move the date.